What I like about our library: I like to help people, and I like the contrast between the energy of the patrons and the restful space of the library.

My favorite genres: I read a ton of science fiction and fantasy prose over the years, but recently I’ve become more interested in non-fiction, especially LGBTQ+ history. I love comics and graphic novels, in a variety of genres, and have a few to recommend here. 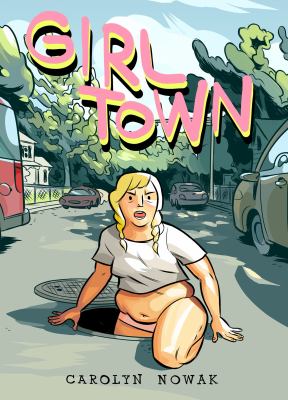 Girl Town collects several of Carolyn (Casey) Nowak’s short comics, focusing on women in search of friendship and connection. In “Diana’s Electric Tongue,” a woman on the rebound from a painful breakup falls in love with a store-bought android boyfriend (her electric tongue is a prosthesis, the result of a car crash involving her ex.) In “Radishes” two teen girls visit a fantasy marketplace where you can buy anything from fancy clothing to your own doppelganger. The stories feature a variety of queer and gender non-conforming characters. I loved Nowak’s rounded, organic forms and pastel colors. 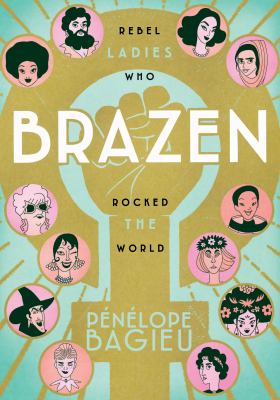 Brazen: Rebel Ladies Who Rocked the World by Pénélope Bagieu

Brazen is a collection of short biographical comics profiling powerful, important, and just plain interesting women, including astronaut Mae Jemison, intrepid reporter Nelly Bly, the outsider rock group The Shaggs, and Margaret Hamilton, famous for her portrayal of the Wicked Witch of the West in The Wizard of Oz. Bagieu’s crisp comics waste no time (or line), painting a vibrant portrait of each woman. The stories, originally published in French as Culottées, will become an animated tv series. 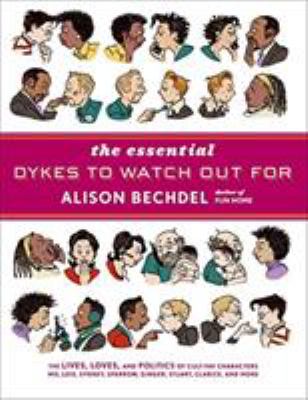 The Essential Dykes to Watch Out For by Alison Bechdel

This anthology of the classic, long-running comic strip collects episodes from the late 80s to its finale in 2008. The strips chronicle the lives of at least a dozen characters – straight, gay, and transgender – as they fall in love, struggle to keep their small business afloat, start families, deal with cancer, and more. It’s a rainbow soap opera in black and white. Bechdel (also the author of Fun Home) provides an introduction that adds historical context: “I forgot to get a job! I’ve been drawing this comic strip for my entire adult life!” she cries in possibly mock horror. We’re lucky that she did.