Something to Read and Listen to - suggested by Falicia 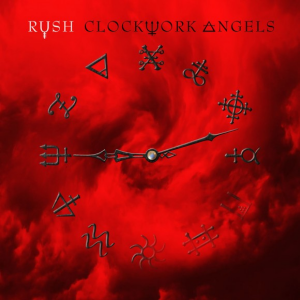 Book: Clockwork Angels by Kevin J Anderson based on story by Neil Peart

In light of the recent death of Neil Peart, I thought it might be a good idea to revisit my favorite piece in Rush’s discography: Clockwork Angels. Clockwork Angels is a matched book and album set, grand in scale, detailing a colorful steampunk world of adventure and alchemy; chaos and order. For what would Rush be without grandiosity to spare? Peart wrote the lyrics and story for the album calling on friend and fan Kevin J Anderson to novelize his ideas.

Clockwork Angels is a great example of the classic Heroes Journey. Owen Hardy is a young man waiting for his grand adventure to begin. “In a world where I feel so small, can’t stop thinking big” sings Geddy Lee. And indeed Owen has big dreams as he sets out into the into the world of Albion beyond his family farm. Caught between The Watchmaker, ruler of Albion concerned only with order and his nemesis The Anarchist, Owen must find himself along with the great trials waiting for him.

I absolutely love the album, Rush tries something grand and new while sticking to what makes their sound iconic. The book, however, can fall flat in places, especially where lyrics are crammed in for effect. But I still recommend enjoying both to get a fleshed out picture of what Peart had in mind for his grand vision.