Share your bicycle-riding habits (or even if you don't) with Mass DOT! 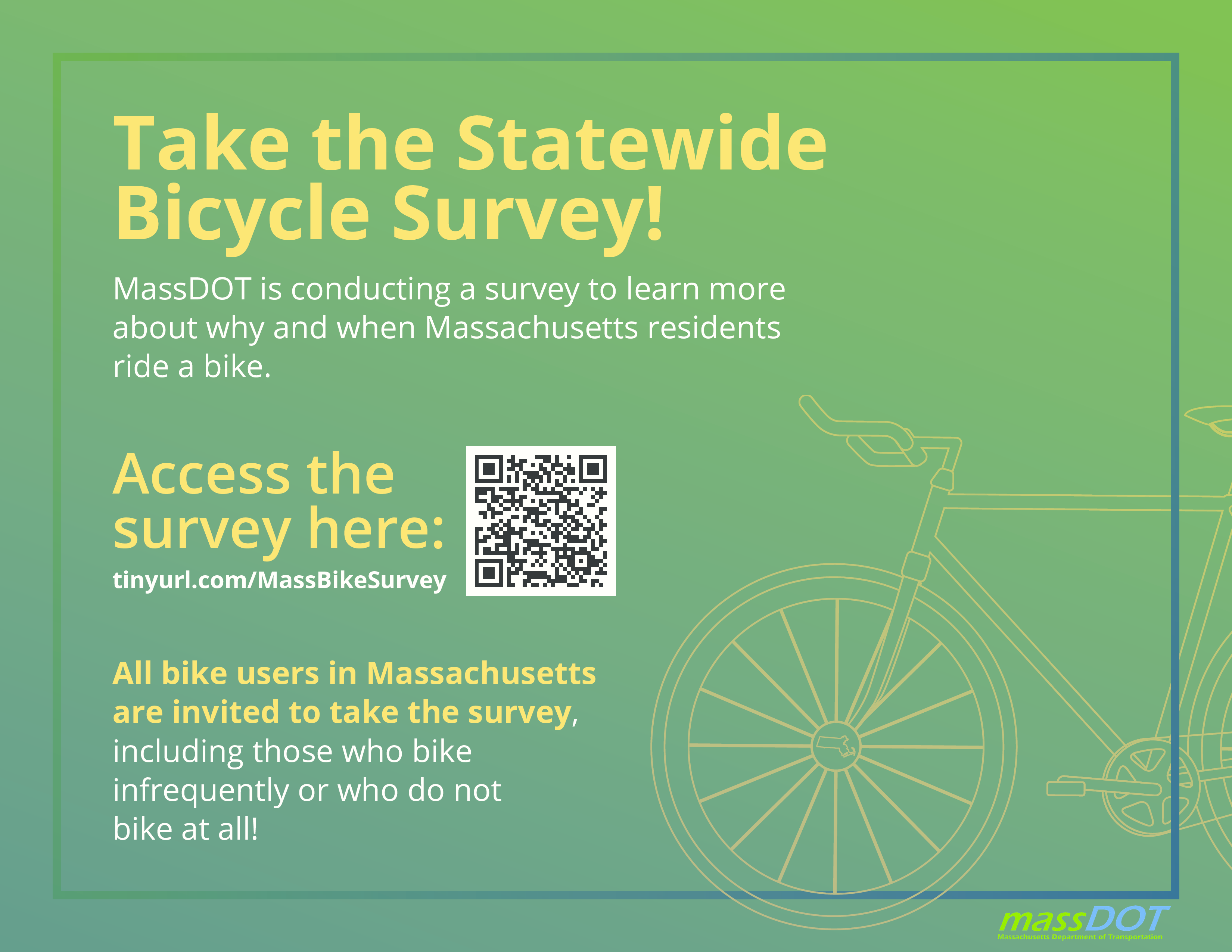 MassDOT is conducting a survey to learn more about the biking behavior of Massachusetts residents. It’s helpful for them to hear from everyone, including those who rarely or never ride a bike. The responses will help them learn more about when and why people bike, and how they can support people’s transportation needs as we transition out of the pandemic.

This survey is statewide, and Mass DOT want to make sure they’re doing their best not to undercount certain groups.  The survey can be found at tinyurl.com/MassBikeSurvey (available in multiple languages including Chinese Simplified & Traditional, English, French, Haitian Creole, Italian, Khmer, Portuguese, Russian, Spanish, and Vietnamese)