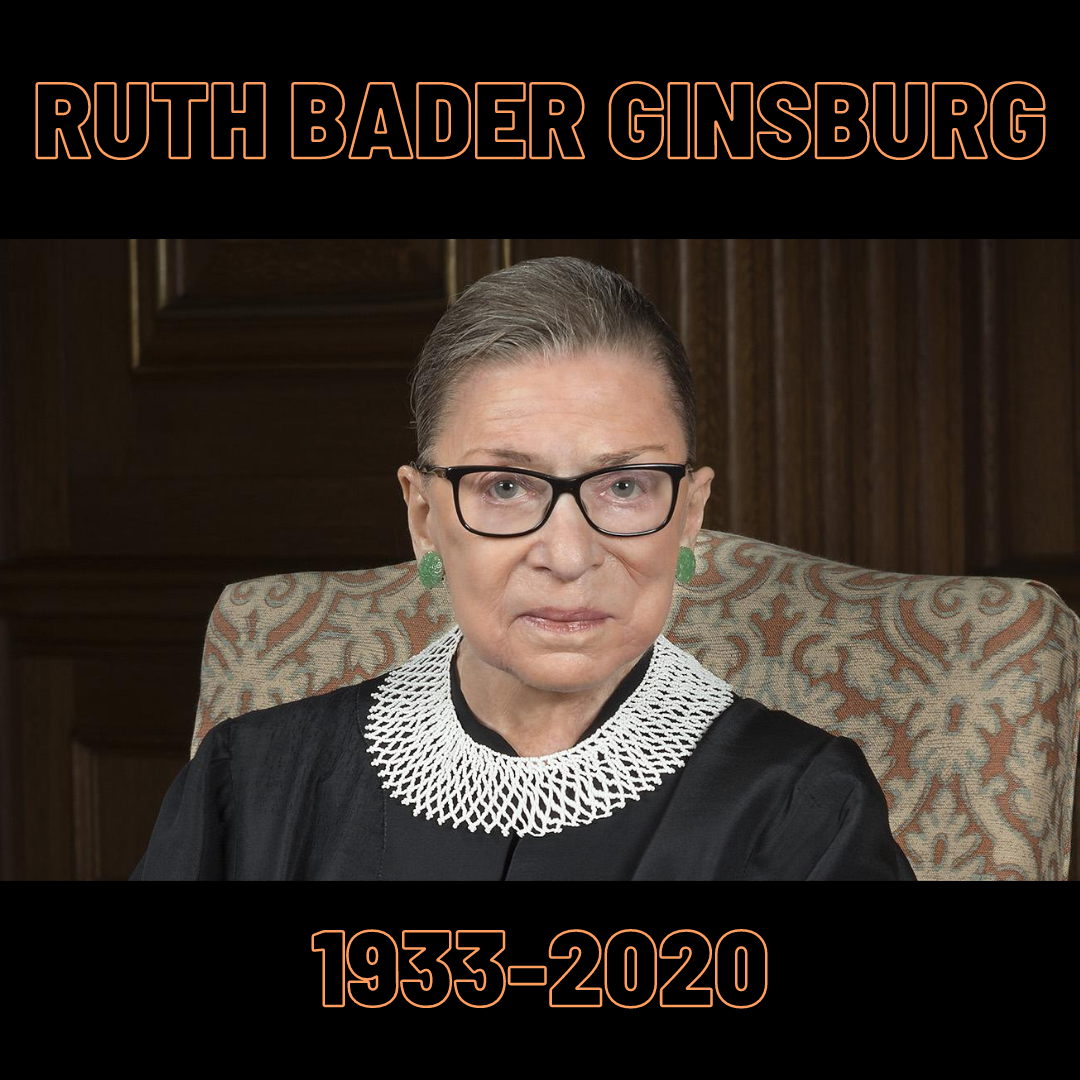 On Friday night, Supreme Court Justice Ruth Bader Ginsburg passed away at the age of 87. In 1972, she became the first tenured female faculty member in Columbia Law School’s history. As a lawyer, she fought against gender discrimination, arguing six cases in front of the Supreme Court and winning five. Jimmy Carter appointed her as a judge on the U.S. Court of Appeals for Washington, D.C., and Bill Clinton nominated her to be a Supreme Court Justice. Ginsburg was confirmed by the Senate on August 3, 1993, in a vote of 96 to 3, becoming the 107th Supreme Court Justice and the second woman to sit on the court.

To learn more about Ruth Bader Ginsburg’s life and legacy, take a look at the following resources.

This database includes brief biographies, magazine articles, news articles, academic journal articles, and more about Ruth Bader Ginsburg and others. Click on the link below for results for Ginsburg.

This book, an informal portrait of Justice Ginsburg, draws on a series of her conversations with Rosen, starting in the 1990s and continuing through the Trump era. Rosen, a veteran legal journalist, scholar, and president of the National Constitution Center, shares with readers the justice’s observations on a variety of topics, and her intellect, compassion, sense of humor, and humanity shine through.

My Own Words by Ruth Bader Ginsburg with Mary Hartnett and Wendy W. Williams

My Own Words is a selection of writings and speeches by Justice Ginsburg on wide-ranging topics, including gender equality, the workways of the Supreme Court, on being Jewish, on law and lawyers in opera, and on the value of looking beyond US shores when interpreting the US Constitution. Justice Ginsburg has written an Introduction to the book, and Hartnett and Williams introduce each chapter, giving biographical context and quotes gleaned from hundreds of interviews they have conducted. This is a fascinating glimpse into the life of one of America’s most influential women.

Notorious RBG: The Life and Times of Ruth Bader Ginsburg by Irin Carmon and Shana Knizhnik

Notorious RBG, inspired by the Tumblr that amused the Justice herself and brought to you by its founder and an award-winning feminist journalist, is more than just a love letter. It draws on intimate access to Ginsburg’s family members, close friends, colleagues, and clerks, as well an interview with the Justice herself. An original hybrid of reported narrative, annotated dissents, rare archival photos and documents, and illustrations, the book tells a never-before-told story of an unusual and transformative woman who transcends generational divides. As the country struggles with the unfinished business of gender equality and civil rights, Ginsburg stands as a testament to how far we can come with a little chutzpah.

The RBG Workout by Bryant Johnson

Have you ever wondered what keeps Justice Ruth Bader Ginsburg, one of the Supreme Court’s favorite octogenarians, so sprightly? She owes it in part to the twice-weekly workouts she does with her personal trainer, Bryant Johnson, a man she’s called “the most important person” in her life. Now you too can work out with Justice Ginsburg’s trainer in the comfort of your home with The RBG Workout. From planks to squats to (full) push-ups, this simple but challenging workout – illustrated with four-color illustrations of the justice in workout gear — will have you getting fit in no time. With tips from the bench, and sidebars with Bryant’s folksy wisdom on getting fit and staying healthy, this delightful book is a perfect gift for anyone looking to emulate one of America’s most admired women.

Biography of the 107th Supreme Court Justice, one of the most profound and profoundly transformative legal minds of our time; a book fifteen years in work, written with the cooperation of Ruth Bader Ginsburg herself and based on many interviews with the Justice, her husband, her children, her friends, and associates. In this large, comprehensive, revelatory biography, Jane De Hart explores the central experiences that crucially shaped Ginsburg’s passion for justice, her advocacy for gender equality, her meticulous jurisprudence: her desire to make We the People more united and our union more perfect.

Sisters in Law: How Sandra Day O’Connor and Ruth Bader Ginsburg Went to the Supreme Court and Changed the World by Linda Hirshman

An account of the intertwined lives of the first two women to be appointed to the Supreme Court examines their respective religious and political beliefs while sharing insights into how they have influenced interpretations of the Constitution to promote equal rights for women.

Traces the achievements of the celebrated Supreme Court justice through the lens of her many famous acts of civil disagreement against inequality, unfair treatment, and human rights injustice.

The life and career of the fiercely principled Supreme Court Justice, now a popular icon, with dramatic accounts of her landmark cases that moved the needle on legal protection of human rights, illustrated with b/w archival photographs.

Ruth Bader Ginsburg: The Case of R.B.G. vs. Inequality by Jonah Winter; illustrated by Stacy Innerst

To become the first female Jewish Supreme Court Justice, the unsinkable Ruth Bader Ginsburg had to overcome countless injustices. Structured as a court case in which the reader is presented with evidence of the injustice that Ginsburg faced, Ruth Bader Ginsburg is the true story of how one of America’s most ‘notorious’ women bravely persevered to become the remarkable symbol of justice she is today. 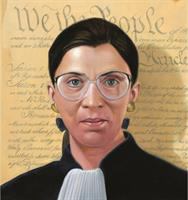 As a Supreme Court justice, Ruth Bader Ginsburg has inspired fierce admiration and faced fervent opposition for her judgments in high-profile cases, many of which have involved discrimination. She has been lauded for her sharp wit and boldness, even when her opinions differ from that of the majority. As a student, teacher, lawyer, and judge, Ruth often experienced unfair treatment. But she persisted, becoming a cultural icon, championing equality in pay and opportunity. Eric Velasquez’s dynamic illustrations infuse every scene with life in a moving tribute that will inspire young justice seekers everywhere.

On the Basis of Sex

Inspired by the powerful true story of a young Ruth Bader Ginsburg, On the Basis of Sex depicts a then-struggling attorney and new mother facing adversity in her fight for equal rights. When Ruth takes on a ground-breaking case, she knows the outcome could alter the courts’ view of gender discrimination. Stronger together, Ruth teams up with her husband, Martin Ginsburg, to fight the case that catapults her into one of the most important public figures of our time.

At the age of 85, U.S. Supreme Court Justice Ruth Bader Ginsburg has developed a lengthy legal legacy while becoming an unexpected pop culture icon. But the unique personal journey of her rise to the nation’s highest court has been largely unknown, even to some of her biggest fans – until now. RBG explores Ginsburg’s life and career.