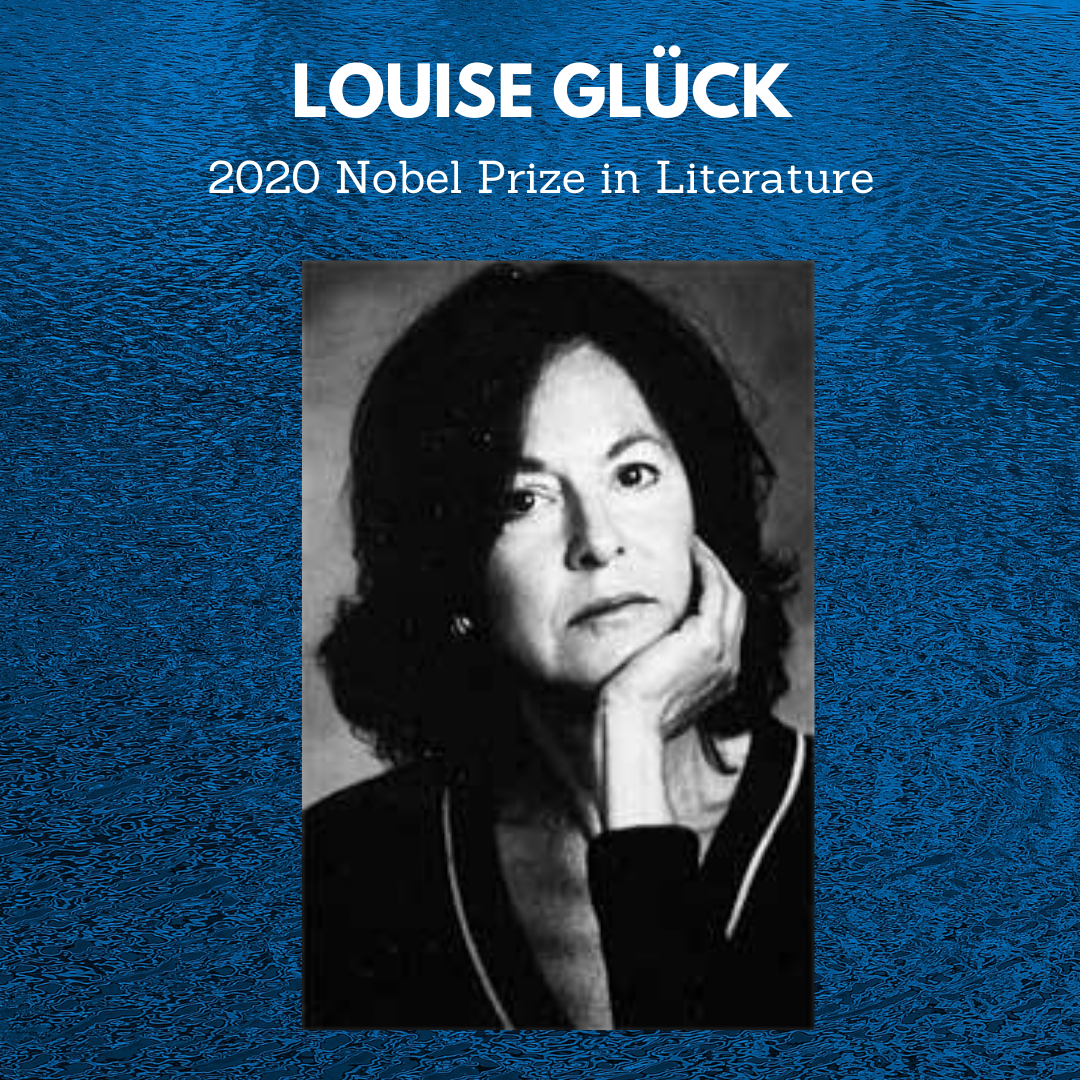 Glück published her first collection, Firstborn, in 1968, and through the years has received many accolades. She was named U.S. poet laureate in 2003. She has received the Academy of American Poets’ Wallace Stevens Award, the American Academy of Arts and Letters Gold Medal in Poetry, the National Humanities Medal, and the Pulitzer Prize, among others.

The Pollard Library has several of Glück’s collections. Click on the links below to request a book through our online catalog. You may also call the Reference Desk at 978-674-4121 or fill out a request form.

American Originality forces readers to consider contemporary poetry and its demigods in radical, unconsoling, and ultimately very productive ways. Determined to wrest ample, often contradictory meaning from our current literary discourse, Glück comprehends and destabilizes notions of “narcissism” and “genius” that are unique to the American literary climate. This includes erudite analyses of the poets who have interested her throughout her own career, such as Rilke, Pinsky, Chiasson, and Dobyns, and introductions to the first books of poets like Dana Levin, Peter Streckfus, Spencer Reece, and Richard Siken. Forceful, revealing, challenging, and instructive, American Originality is a seminal critical achievement.

Averno is a small crater lake, regarded by the ancient Romans as the entrance to the underworld. That place gives its name to Louise Glück’s eleventh collection: in a landscape turned irretrievably to winter, it is the only source of heat and light, a gate or passageway that invites traffic between worlds while at the same time opposing their reconciliation. Averno is an extended lamentation, its long, restless poems no less spellbinding for being without plot or hope, no less ravishing for being savage, grief-stricken. What Averno provides is not a map to a point of arrival or departure, but a diagram of where we are, the harrowing, enduring presence. Averno is a 2006 National Book Award Finalist for Poetry.

“It is easy to imagine Glück’s poems being set to music as a song sequence; they have the intensity of a chain of emblematically significant moments, fixed in time…Song, icon, and dream engage in reality—in Glück, the realities (among others) of death, marriage, motherhood, mourning, and the invention of religion. The style in which Glück engages these realities is the style of rock, rather than the stream, of consciousness…” -Helen Vendler,  The New York Review of Books

The subjects confronted in this book are painful ones, and the author unflinchingly, placing herself squarely at the center.

The House on Marshland

These poems are “rooted in landscape and weather, and, increasingly, in the intimacies of the heart.” -Stanley Kunitz

This collection finds Glück staring down at her own death, and in doing so, forces endless superimpositions of the possible on the impossible.

The Triumph of Achilles