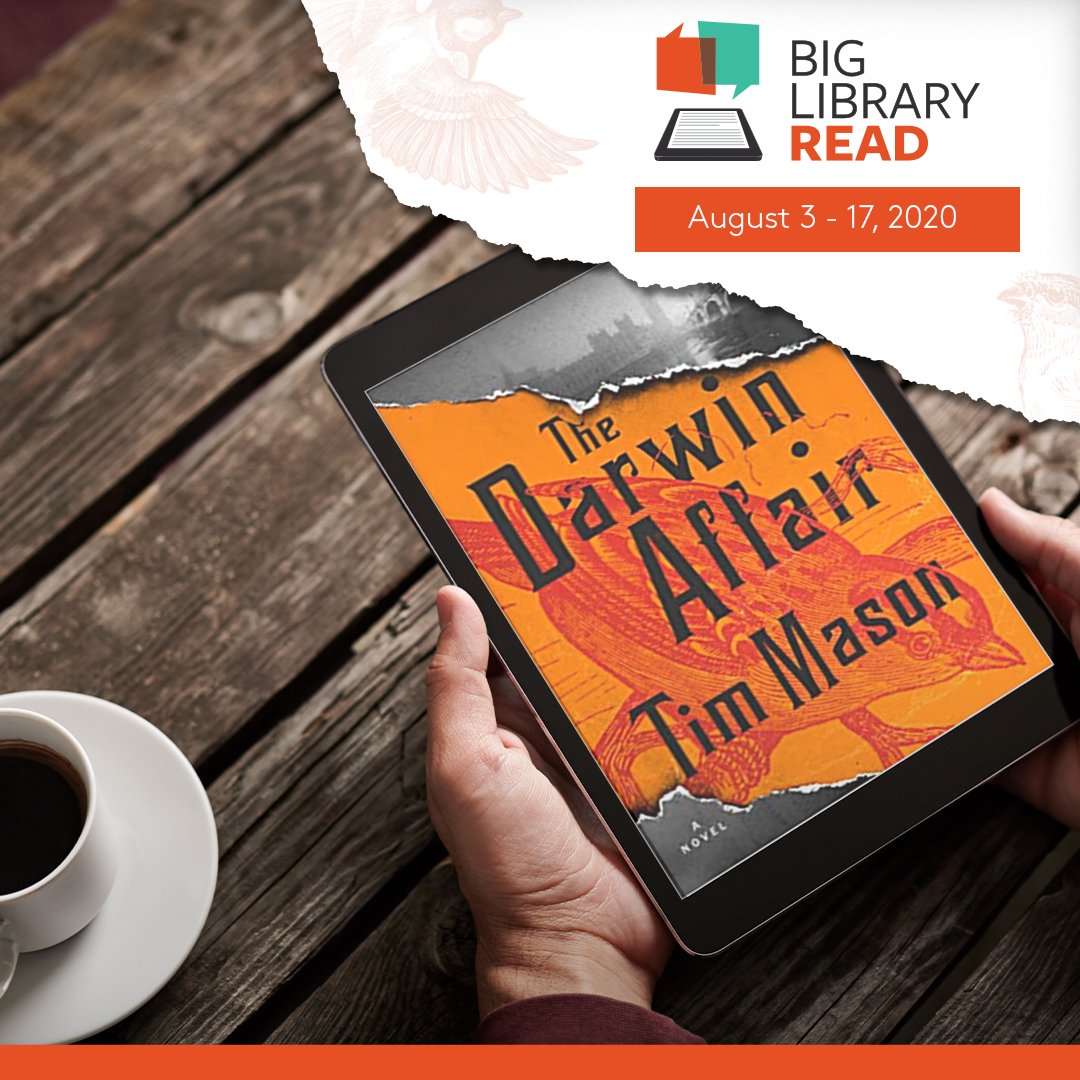 Pollard Memorial Library cardholders can join millions of other readers around the globe in enjoying a historical fiction thriller eBook and audiobook during Big Library Read, the world’s largest digital book club. From August 3-17, borrow and read Tim Mason’s “intellectually stimulating and viscerally exciting” The Darwin Affair without waitlists or holds by visiting the MVLC OverDrive collection or downloading the Libby app. Then discuss the mystery online at discuss.biglibraryread.com.

Historical fiction novel The Darwin Affair takes place in London during June 1860. When an assassination attempt is made on Queen Victoria, and a petty thief is gruesomely murdered moments later, Detective Inspector Charles Field quickly surmises that these crimes are connected to an even more sinister plot. Soon, Field’s investigation exposes a shocking conspiracy in which the publication of Charles Darwin’s controversial On the Origin of Species sets off a string of murders, arson, kidnapping, and the pursuit of a madman named the Chorister. As he edges closer to the Chorister, Field uncovers dark secrets that were meant to remain forever hidden. Tim Mason has created a rousing page-turner that both Charles Dickens and Sir Arthur Conan Doyle would relish and envy.

Borrow and read the Big Library Read selection on any major computer or device, including iPhone®, iPad®, Android™ phones and tablets and Chromebook™, through Libby or libbyapp.com. Through Libby, readers can also “send to Kindle®”. The title will automatically expire at the end of the lending period, and there are no late fees. To join the discussion, learn about past Big Library Read titles and download Libby, visit biglibraryread.com.