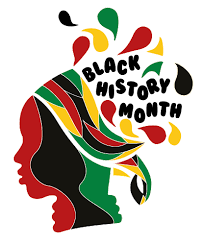 Here are a few reading recommendations for Black History month from our library intern, Lauren Ordway an English Major at UML.

Black History Month is a month-long celebration in February surrounding the accomplishments and achievements of African Americans within the history of the United States. Starting as just a week, it soon evolved into a month-long occasion in 1976 and has been recognized ever since. Other countries, such as Canada, have also designated months to celebrate Black history. Hopefully, these selections (YA fiction, non-fiction, movies, scifi, and poetry) surrounding difficult topics shed some light on Black Americans and this rich part of history, as well as these esteemed Black authors. To learn more about Black History Month click here.

The Hate U Give – Angie Thomas

Based on Thomas’ short story she wrote in college on the police shooting of Oscar Grant, Starr Carter is a young black girl who attends a private school that is predominately white. Starr witnesses the shooting–incited by a police officer–of her childhood friend; she navigates her way to make her voice heard as tensions rise into a riot after the grand jury decides not to indict the officer involved in the shooting. The Hate U Give was made into a movie in 2018 starring Amandla Stenberg and Regina Hall.

In this coming-of-age story, Fabiola Toussaint, a Haitian teenager, immigrates to America where her mother gets detained. Fabiola must then learn to navigate America and all these new experiences by herself through the blend of magical realism, immigration, and vodou culture. Fabiola will soon realize that freedom comes at a dangerous cost.

Anthony “Ant” Jones has never left his rough neighborhood in East Cleveland when he gains a scholarship to an elite, almost all-white, prep school. Anthony faces harsh racial stereotypes projected by his fellow classmates; they assume he’s from Brooklyn, that he plays basketball, he gets incorrectly called “Tony”, and are shocked when Anthony fights back. As he attempts to adapt to a world that won’t accept him, he must find himself before he completely loses all sense of belonging.

Focusing on the life of African American women living in rural Georgia in the early twentieth-century, Celie narrates her life through a series of letters spanning over twenty years. She comes to resist the constricting self-image forced on her by others. The intertwining themes of the difficult lives women lead, their pain and struggles, growth, resilience, and bravery pave a mirror of real life on a journey through redemption and love.

Parable of the Sower – Octavia Butler

In this futuristic dystopian set in the outskirts of Los Angeles, Lauren Olamina tells the story of her life amid violence, drugs-crazed pyromaniacs, and walled neighborhoods. After losing her family in a fire that destroys her compound, she is forced into the dangerous 21st-century world. Lauren makes her way north with a handful of other refugees as she conceives a radical idea that may save them all… as long as she’s able to accept divine change.

Set during the civil rights movement, a team of African American, mathematician women who work for NASA as ‘Human Computers’ calculate intricate flight paths during the space race–an informal 20th-century competition to achieve firsts in spaceflight capability. During one of mankind’s greatest adventures, these women navigate through a segregated and prejudiced work environment—as women and as African Americans—whose accomplishments change the word forever. There is a movie, as well as a children’s picture book adaptation.

Written in the time Barack Obama was inaugurated, the Jim Crow laws have been eradicated since 1968; former litigator, Michelle Alexander, provides incisive critique on the mass incarnation in America. The U.S. criminal justice system works as a system of racial control; an astonishing percentage of African Americans remain locked up, similar to their grandparents before them. Alexander challenges us to bring mass incarceration to the forefront of the movement for racial justice in America.

In this academic styled, non-fiction novel, Snorton narrates the lives of transgender African Americans who were often overlooked and erased from history. Drawing on a varied archive of materials–early sexological texts, fugitive slave narratives, Afro-modernist literature, sensationalist journalism, Hollywood films–Snorton proposes the idea that transness is inextricable from Blackness since its earliest appearances in public discourse. 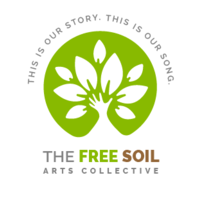 Taken directly from their website: “The Free Soil Arts Collective is an arts organization based in Lowell, MA with a mission to amplify and strengthen the voices of artists of color”. Their digital series, Vital Voices, is a live, six-part series featuring local artists of color, which will be hosting Thaddeus Miles in February 2020–a Black author and photographer with a strong focus on empowering people by strengthening the voices and visions of the younger generation.