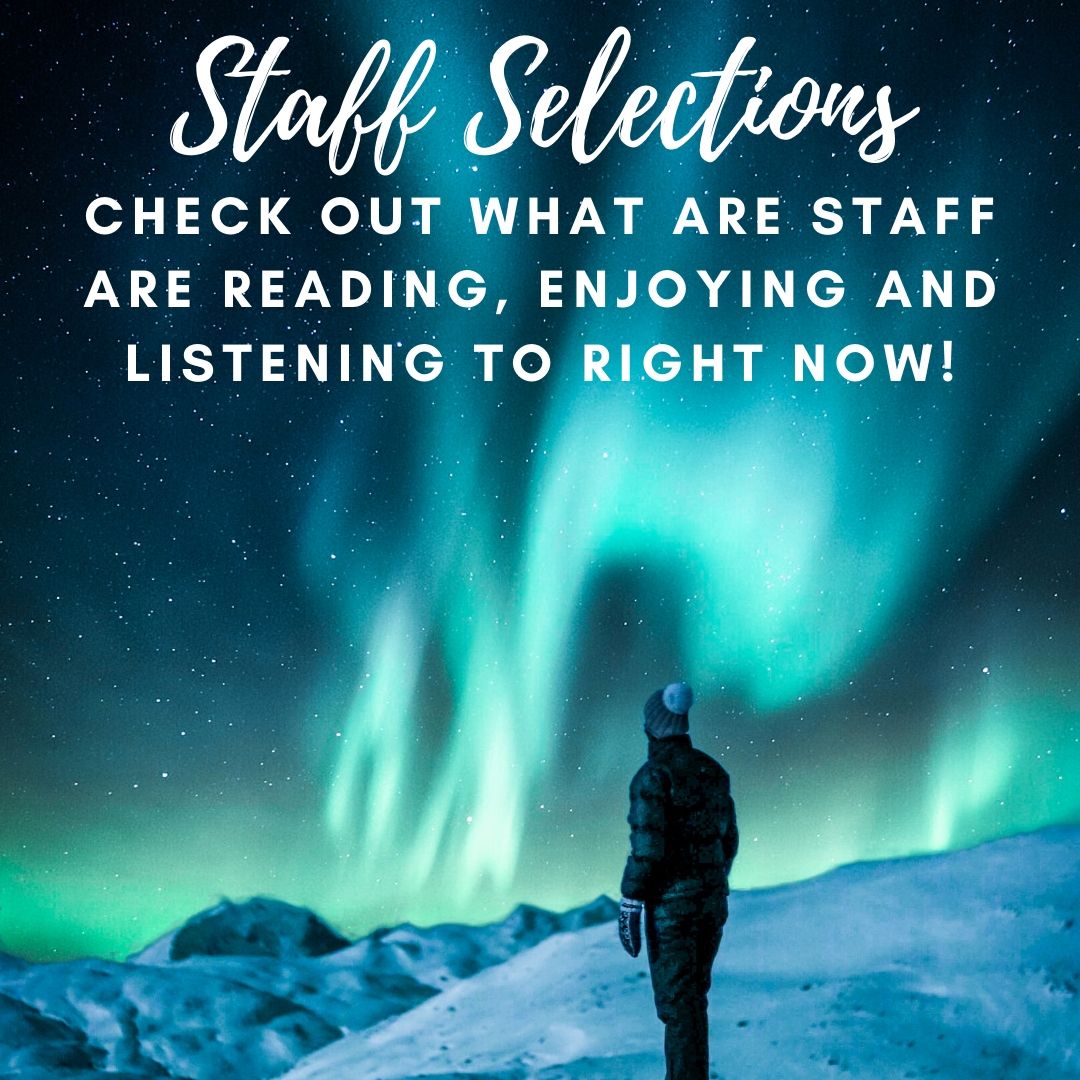 This is a small selection of Latino and African-American authors who write Speculative Fiction, which is just a fancy term for science fiction and fantasy. Doug learned about this while reading up on science fiction from the comfort of his home during Covid19.

Please note that some of the links are for other partner libraries in the state of Massachusetts. Did you know that you can borrow from any consortium in the state of Massachusetts? You just need to add your card to their system. Instructions are located on our Facebook page – Partner Libraries or by checking out our blog post on Electronic Resources.

Octavia Butler, who died in 2006, was an African-American science fiction author. She received the Hugo award and Nebula award, which recognize` the best science fiction and fantasy writing in the United States. 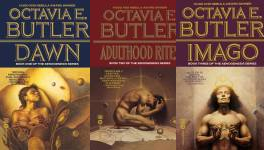 Xenogenesis Trilogy. Follows the life of Lilith, an African human woman, whose family was killed in a nuclear war. Human survivors of the nuclear war mingle with an alien race called the Oankali and a hybrid race is formed.

The Xenogenesis trilogy explores themes of gender, sexuality, and race. Oankali-human hybrids battle with a self-destructive contradiction between their high intelligence and self -destructive nature. The trilogy also touches on genetic engineering and biological determinism. 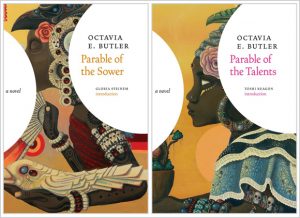 Parable Series/ Earthseed series. The parable series follows the efforts of the earthseed community trying to survive the collapse of 21st century America. The books propose alternative philosophical views and religious intervention. Lauren, the protagonist, can literally feel any pain that she witnesses. 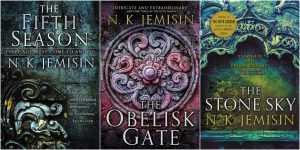 Her Hugo award for best novel (The Fifth Season, first book in the Broken Earth trilogy) was the first awarded to an African American in that category. Jemisin has also received the Nebula and Locus awards.

The Book of Lost Saints is a work of fantastical historical fiction. Marisol vanished during the Cuban revolution and suffered an unknown fate. Her foul-mouthed spirit starts visiting her nephew, Ramon, in modern day New Jersey. Ramon visits Cuba to learn what happened to Marisol, unaware of the forces that are pushing him along. Audiobook

Malka Older is both an author and a humanitarian aid worker. In 2016, she was named a Best Science Fiction and Fantasy author by the Washington Post. 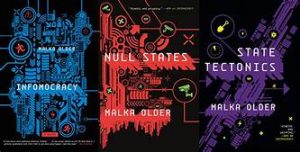 Centenal Cycle Trilogy: In this trilogy, people live in mini-states and, by moving short-distances, can radically change the nature of their government. The world is dominated by Information, which is a cross between Google, a surveillance state, and a Wikipedia for everything.

Rebecca Roanhorse is of African American and Native American heritage. She is the author of the Sixth World series. Trail of Lightning, the first book in that series, won the World Fantasy Award for best first novel in 2019. 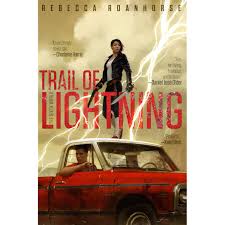 The Sixth World series takes place in a flood-destroyed United States. The Navajo nation (Dinetah) becomes independent from the rest of the country.  Maggie Hoskie watches the murder of her grandmother by witches and monsters and becomes a monster slayer.

The SFF Yeah! Podcast covers Science fiction and fantasy fiction from a multitude of diverse authors. 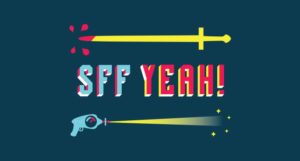