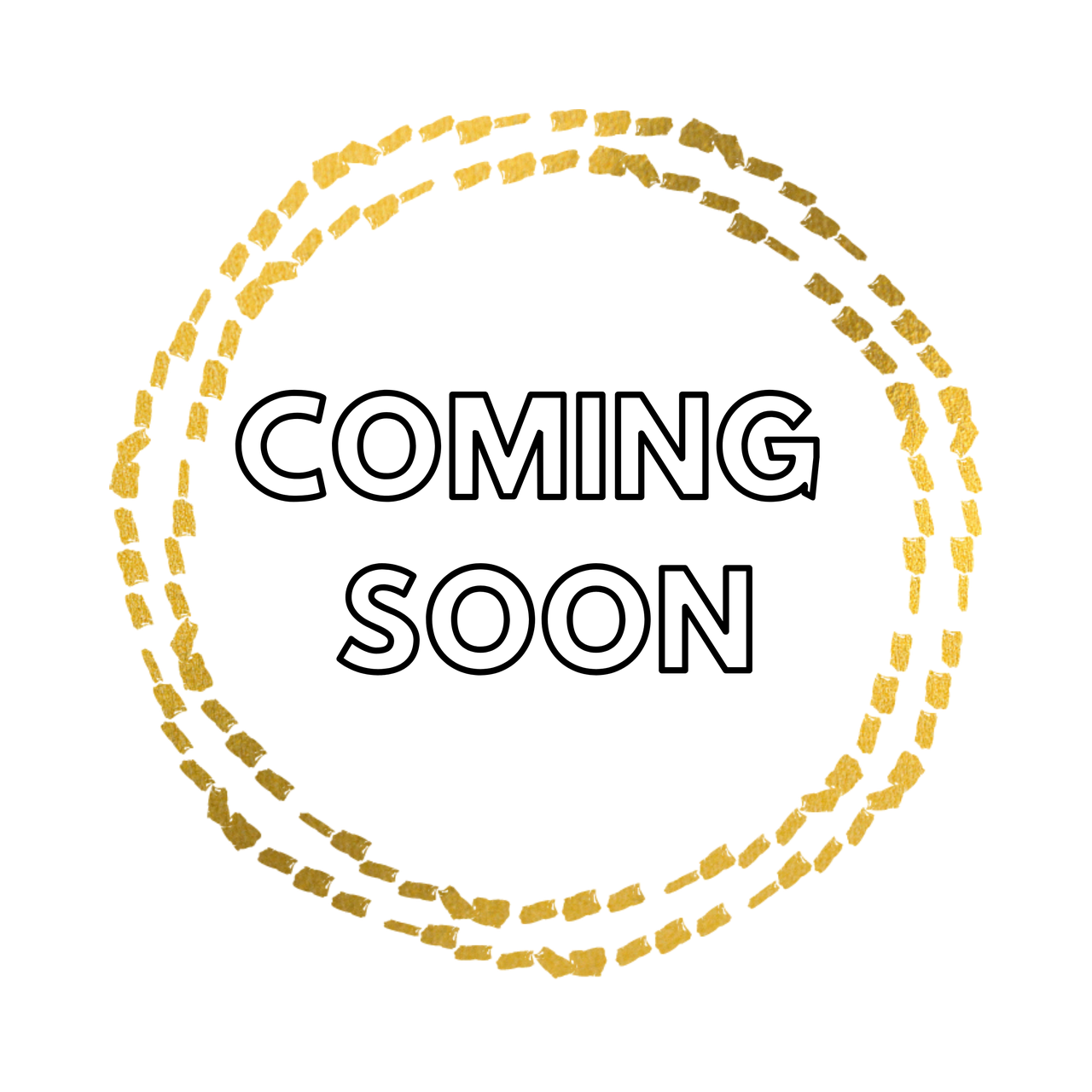 As a librarian, I have the opportunity to get a sneak peek at upcoming books.  Below are some books I enjoyed that are coming soon to PML. Most of them already have holds, so be sure to put your name on the list soon.

To reserve a book, place a request in the online catalog, fill out a request form, or call the reference desk at 978-674-4121. Although we are closed to the public, we are offering curbside pickup Monday, Wednesday, Thursday, and Friday 10-5, Tuesday 11-7, and Saturday 9-1.

Scottoline takes a break from thrillers with this WWII-era historical fiction. When Elisabetta discovers that her best friends, Marco and Sandro, are both in love with her, she wonders how she can choose between the two. Their families’ pasts and the impending alliance between Mussolini and Hitler complicate this decision and lead them on different paths. Elisabetta has a distant mother and an alcoholic father, and her waitressing job is essential to keeping her family afloat. Elisabetta’s mother wants her to quit school despite Elisabetta’s dream of becoming a writer. Sandro is a math genius who has been admitted to study under a leading mathematician. Sandro’s father, a lawyer and loyal fascist, believes that existing laws will keep his Jewish family safe. Marco is a handsome young man who struggles in school. His father, a cycling hero, is a loyal fascist, and Marco follows in his father’s footsteps. As Mussolini allies Italy with the Nazis and leads the country into war, Rome becomes a dangerous place, and their relationships are tested.

The Girl from the Channel Islands by Jenny Lecoat

Hedy, an Austrian Jew, fled to the island of Jersey when Hitler annexed Austria. In 1940, the Germans occupy the Channel Islands, and Hedy must find a way to protect herself. Fluent in both German and English, she takes a job as a translator with the Germans, working side by side with people who would turn on her if they knew the truth. As the war rages on, the people of the Channel Islands become more desperate. Hedy tires to subvert the German cause. When she almost gets caught, a German officer covers for her. They meet again, and she will come to rely on his help.

In November 2008, Ruth, a successful black engineer, is hesitant to start a family. Her husband gets angry when she reveals that she gave a child up for adoption as a teenager. Ruth travels to her hometown to spend Christmas with her family and to find out what happened to the baby. She has been away for years, and discovers that the town has changed. Many people are struggling financially since the factory in town closed, and racial tensions are evident. Ruth’s grandmother does not want to reveal the information that Ruth is determined to uncover. She handled the adoption and the family made sacrifices that allowed Ruth to attend college and have a successful life. In the meantime, Ruth reconnects with an old friend of the family and bonds with her grandson, a white boy nicknamed Midnight who is experiencing difficulties of his own.

In the present day, Caroline heads to London alone after learning about her husband’s affair. On a mudlarking excursion on the Thames, she finds a small bottle with a marking on it. The quest to learn more about it reawakens Caroline’s love of research, which she abandoned when she married. In 1791, Nella runs a hidden apothecary that sells poison to women who want to kill their husbands. She is visited by young Eliza, who purchases poison on behalf of her employer and is curious about Nella’s work. The chapters alternate between past and present, with Caroline working to uncover the mystery of the bottle and reevaluating her life, and Nella and Eliza revealing how the bottle ended up in the Thames.

Antonina is a young Jewish woman living in Venice in 1943. Her father arranges for Nina to move to the country and pose as a farmer’s wife. Nico had been in the seminary, but left to help run his family farm. Nico’s family cannot understand how this marriage came to be. They must convince not only Nico’s family, but also the townspeople and Nazi officers that they are a happy couple. As the war rages on, the danger to both Nina and Nico becomes greater and the stakes become higher.

Raft of Stars by Andrew Graff

Two ten-year-old boys, Bread and Fish, run away after Fish shoots Bread’s abusive father. They trek through the Wisconsin woods to the river and head toward the National Guard armory, where Bread thinks they will get help from Fish’s father. When the boys are discovered missing, Cal, the transplanted Texan sheriff, and Teddy, Fish’s grandfather who knows the landscape well, search for the boys. Cal is out of his element in the woods, and he and Teddy disagree on search methods. Later, Fish’s mother, Miranda, a devout woman, and Tiffany, a gas station attendant tasked with watching Cal’s dog, form their own search party. Someone must reach the boys before they get to the dangerous Ironsford Gorge.

Osla, a Canadian debutante living in England, and Mab, a young woman from a poor family determined to improve her station, meet on a train on their way to their wartime assignment at Bletchley Park, a top-secret code-breaking operation. They are billeted in the Finch household, with an oppressive and strict woman, her husband, and their socially awkward and “slow-witted” daughter. Despite their differences, the young women become friends. Seeing Beth’s talent for solving crossword puzzles, Osla arranges a job for Beth at Bletchley Park, where she blossoms. A betrayal leads to Beth being committed to an asylum. Two years after the war, the other women receive a coded letter asking for their help. The book alternates between the war years and 1947, telling the story of the women leading up to the betrayal and the reunion to solve the code that could free Beth.

The Vietri Project by Nicola Derobertis-Theye

Gabriele works at a bookstore in Berkeley and ships many orders to Mr. Vietri from Rome. When she finds herself at a crossroads, Gabriele decides to travel, making a stop in Rome to visit Vietri.  When Vietri is not at the address she has for him, Gabriele extends her stay to find him. She enlists the help of a cousin, but asks him not to tell the rest of the family she is in Rome. Her schizophrenic mother was born in Rome, and Gabriele had spent many summers in the city when she was younger. Eventually she does connect with her mother’s family and learns more about her history.

Mackenzie’s entire life is tied to Bel Apres winery. Both her husband and best friend are children of the winery’s overbearing owner. The entire family lives on the property, and Mackenzie has an important job at the winery. When her husband asks for a divorce, Mackenzie’s life is upended. No longer part of the family, Mackenzie chooses not to remain at Bel Apres as an employee. She must find a new life for herself, which is complicated by an unplanned pregnancy.  When Barbara, the owner and family matriarch learns about the divorce and Mackenzie’s decision, she stops at nothing to avenge what she considers Mackenzie’s betrayal.

What’s Mine and Yours by Naima Coster

As a young Black boy, Gee witnesses the murder of his father. Years later, he is a high-school student entering Central High School due to a redistricting plan that integrates the school. Lacey Mae, a white woman, almost lost everything when Robbie, her Latino husband went to jail. She remarries, but never lets go of her first husband. Lacey Mae is furious about the integration and fights against it. Gee and Lacey Mae’s daughter, Noelle, become friends while working on a school play, and the relationship impacts their lives. The book alternates between the high school years and the present, when an unhappy Noelle returns home to visit her sick mother.

*LibraryReads is a monthly list of the top ten books being published voted on by public library staff across the country. Once an author’s third title makes the list, they move to the Hall of Fame.