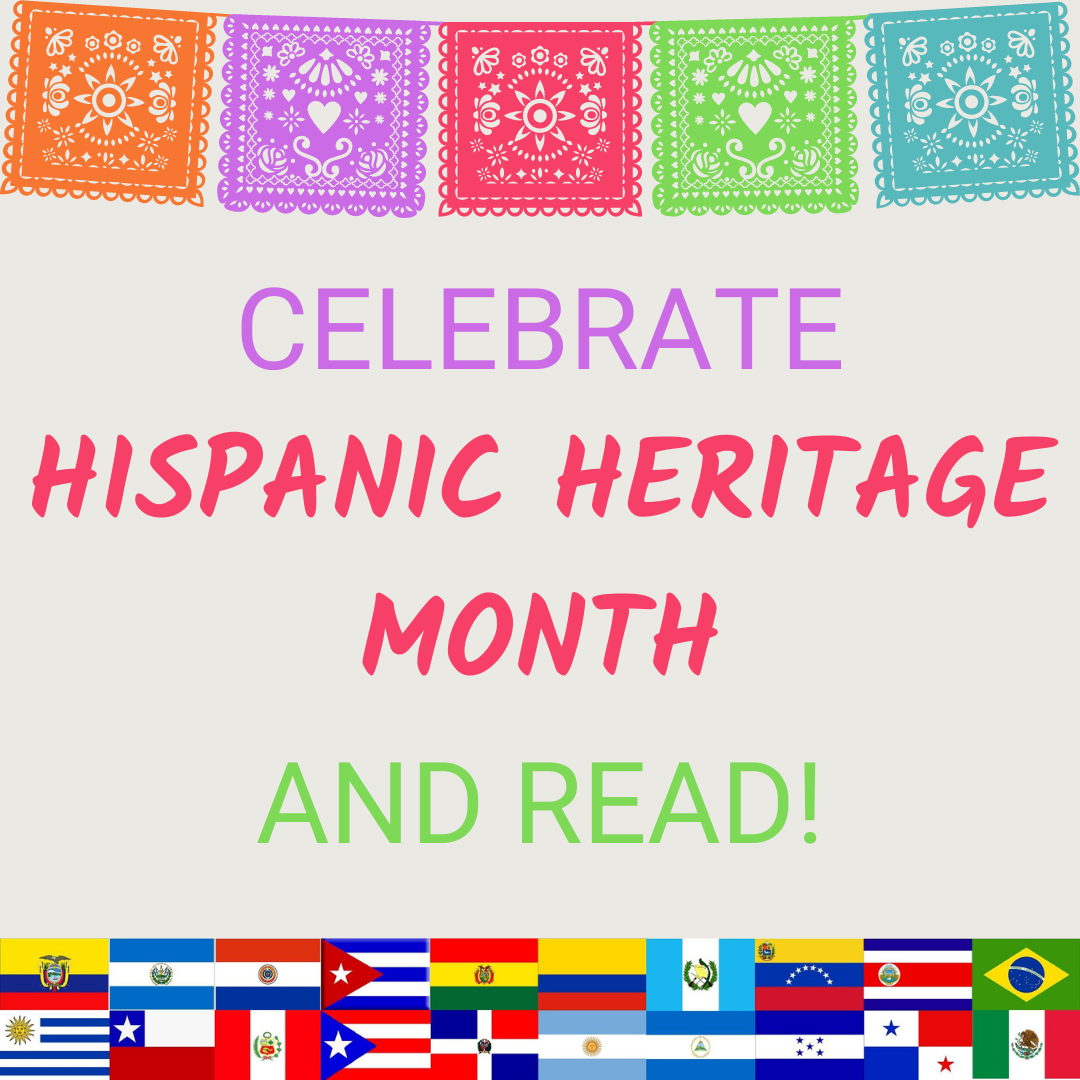 Hispanic Heritage Month is celebrated by American citizens whose ancestry is traced back to Spain, Mexico, Central and South America and the Caribbean.

Hispanic Heritage Month runs September 15 through October 15 and it starts on the 15th, because it is the independence days of 5 countries – Costa Rica, El Salvador, Guatemala, Honduras and Nicaragua. The week after celebrates the independence of Mexico, Chile, and Belize. Originally celebrated as a week in the 1960s, it was expanded to a month in the 1980s.

In the Time of the Butterflies by Julia Alvarez
Book | audiobook | Movie
The life and death of three revolutionary sisters in the Dominican Republic, told by a surviving fourth. One by one the Mirabal Sisters, as they were known, join the opposition to the Trujillo dictatorship in the 1950s, suffering imprisonment and torture while their men watch powerless. They are released, then one night their jeep is ambushed. (description from catalog)

Lost City Radio by Daniel Alarcon
Book | audiobook
After a ten-year insurrection set in a nameless South American country in which the totalitarian government defeated a rebel group, the government has eliminated all indigenous languages and renamed all places as numbers; radio is the only remaining convenience. The protagonist, Norma, is the voice of a popular radio show that attempts to reconnect war refugees with their families. Yet Norma too has lost during the war: her husband disappeared on a trip to a jungle village called 1797. One day a boy arrives from 1797 along with a list of missing for Norma to read over the radio, jarring Norma to recall the details of her life with her husband and his possible fate. (description from Wikipedia)

My Documents by Alejandro Zambra
Book
My Documents is the latest work from Alejandro Zambra, the award-winning Chilean writer whose first novel was heralded as the dawn of a new era in Chilean literature, and described by Junot Díaz as “a total knockout.” Now, in his first short story collection, Zambra gives us eleven stories of liars and ghosts, armed bandits and young lovers–brilliant portraits of life in Chile before and after Pinochet. The cumulative effect is that of a novel–or of eleven brief novels, intimate and uncanny, archived until now in a desktop folder innocuously called “My Documents.” Zambra’s remarkable vision and erudition is on full display here; this book offers clear evidence of a sublimely talented writer working at the height of his powers. (provided from Amazon.com)

The Book of Unknown Americans: A Novel by Cristina Henríquez
Book | eBook | audiobook
Moving from Mexico to America when their daughter suffers a near-fatal accident, the Riveras confront cultural barriers, their daughter’s difficult recovery and her developing relationship with a Panamanian boy. (description from catalog)

Dominicana: A Novel by Angie Cruz
Book | eBook | audiobook
In bright, musical prose that reflects the energy of New York City, Cruz’s “Dominicana” is a vital portrait of the immigrant experience and the timeless coming-of-age story of a young woman finding her voice in the world. (description from catalog)

Ordinary Girls by Jaquira Díaz
Book
Jaquira Díaz writes an unflinching account of growing up as a queer biracial girl searching for home as her family splits apart and her mother struggles with mental illness and addiction. From her own struggles with depression and drug abuse to her experiences of violence to Puerto Rico’s history of colonialism, every page vibrates with music and lyricism (description from catalog)

A Peculiar Kind of Immigrant’s Son by Sergio Troncoso
Book
How does a Mexican American, the son of immigrants, a child of the border–la frontera–leave home and move to the heart of gringo America? How does he adapt to the seductive promises of wealth and elite universities, the rush and power of New York City? How does he make peace with a stern old-fashioned father who has only known hard labor his whole life? With a misfit family that breaches all decorum even at a funeral? With echoes of Dreiser’s American Tragedy and Fitzgerald’s Gatsby, Troncoso tells his luminous stories through the lens of an exile adrift in the twenty-first century, his characters suffering from the loss of culture and language, the loss of roots and home as they adapt to the glittering illusions of new worlds which ultimately seem so empty ( Provided by publisher – in catalog)

One Hundred Years of Solitude by Gabriel García Marquez
Book | audiobook
The novel tells the story of the rise and fall of the mythical town of Macondo through the history of the Buendía family. Rich and brilliant, it is a chronicle of life, death, and the tragicomedy of humankind. In the beautiful, ridiculous, and tawdry story of the Buendía family, one sees all of humanity, just as in the history, myths, growth, and decay of Macondo, one sees all of Latin America. (description from catalog)

Place your holds today on any of these wonderful selections and many more! Don’t forget that you can also search all eBooks and audiobooks for all libraries in the state of Massachusetts!  You just need to add your card to their system. Instructions are located on our Facebook page – Partner Libraries or by checking out our blog post on Electronic Resources. If you’d like to have one of our reference libraries help you, please call 978-674-4121 during business hours!