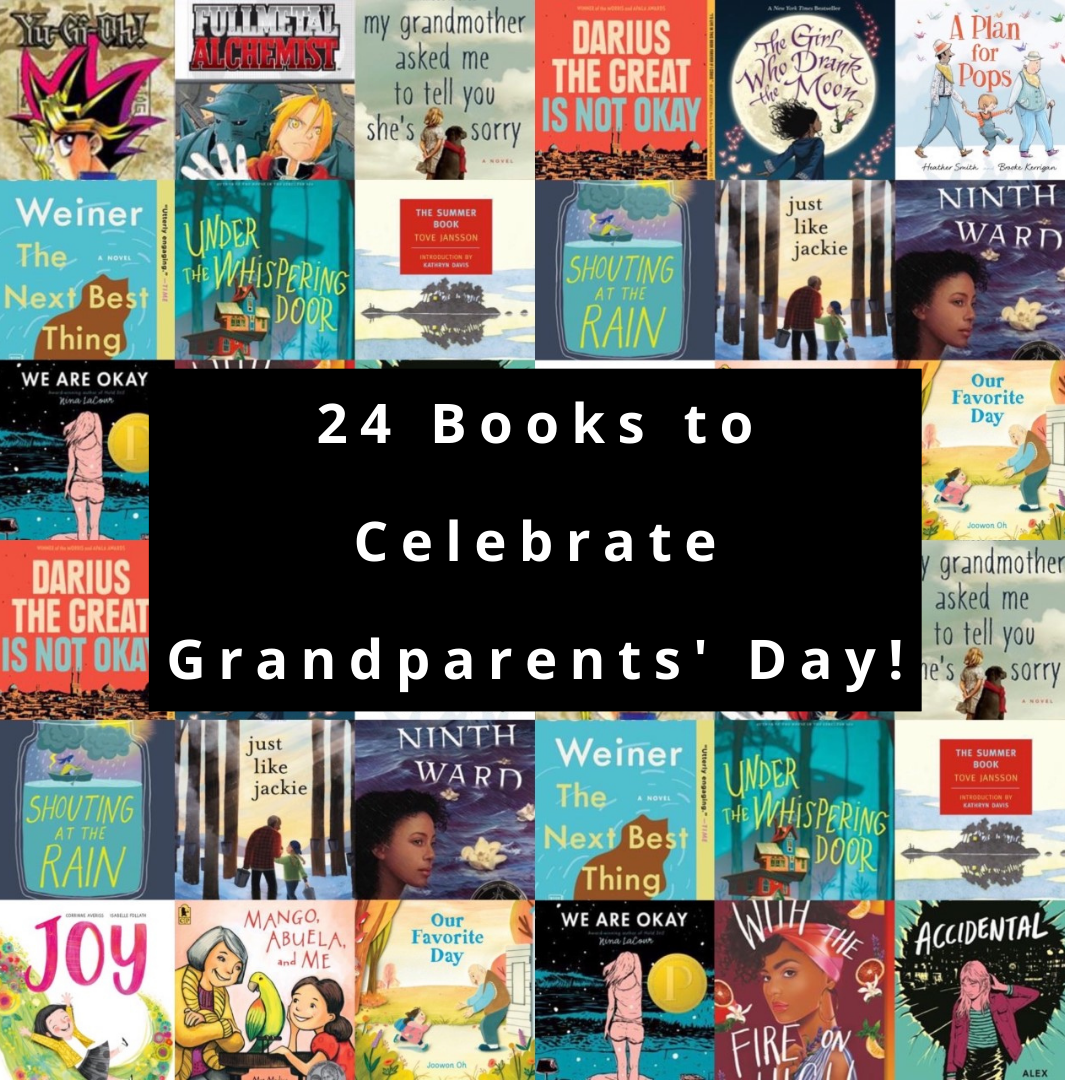 Families can be many different shapes and sizes. Some are big and some are small. Some people are raised by one parent, or two parents, and some aren’t raised by their parents at all—instead an aunt or uncle, or someone else entirely, like a grandparent or two. In honor of Grandparents’ Day (Sunday, September 11th), we’d like to share with you some book recommendations in which grandparents play a prominent role. 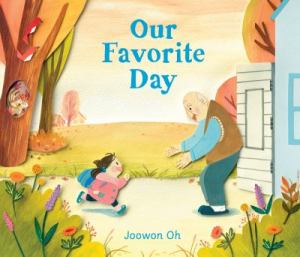 Our Favorite Day by Joowon Oh

Papa has a routine that he follows every day, but Thursdays are special—Thursdays his granddaughter comes to visit. 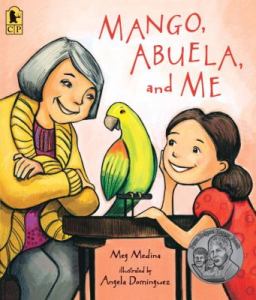 Mango, Abuela & Me by Meg Medina, illustrated by Angela Dominguez

When Mia’s abuela comes to live with her and her parents, the two of them form a strong bond as Mia teaches her grandma English and her grandma teaches her Spanish– with a little help from a parrot named Mango! 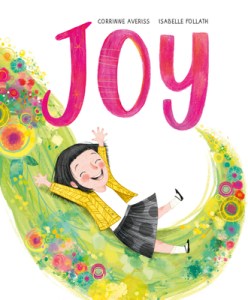 When Fern’s grandma starts to seem unlike her cheerful self, Fern takes it upon herself to bring joy and excitement back into grandma’s life. This beautifully illustrated story showcases the pure love between a granddaughter and her grandmother. 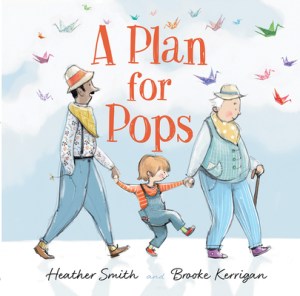 A Plan for Pops by Heather Smith and Brooke Kerrigan

Lou loves spending his Saturdays with Pops and Grandad at the library, but one Saturday Pops falls outside of the library, leaving him to be unable to walk. When Pops becomes depressed, Grandad and Lou team up to cheer him up. 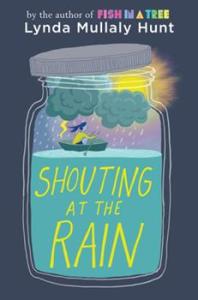 Shouting at the Rain by Lynda Mullaly Hunt

Delsie has lived with her grandmother, Grammy, her entire life, ever since her mother left her when she was a baby. As Delsie deals with her feelings of being abandoned—both by her mother and now best friend—she can’t help but wish for a “normal” family and a “regular life”, as she weathers the storm of growing up. 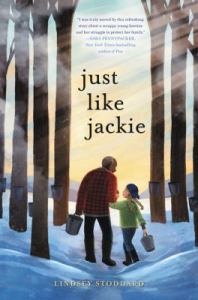 For as long as Robinson “Robbie” Hart can remember, it’s just been her and her grandpa. But when Grandpa’s memory starts to fail, Robbie worries that he might forget about her—and the rest of their family that he refuses to talk about. 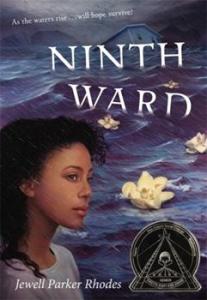 Ninth Ward mixes historical fiction and fantasy elements to tell the story of twelve-year-old Lanesha as she lives in New Orleans’s Ninth Ward with her adopted grandmother, Mama Ya-Ya, during Hurricane Katrina. 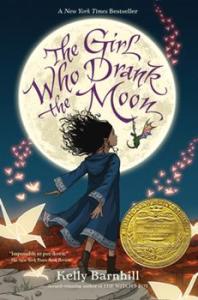 The Girl Who Drank the Moon by Kelly Barnhill

Xan, an elderly witch, doesn’t understand why a village seemingly abandons a child every year in the forest; nonetheless she picks up each child and brings them to other villages to find homes for them. One year, however, Xan accidentally feeds a baby girl moonlight, which gives the girl (Luna) magic powers. In order to keep the girl safe, Xan decides to raise her—because sometimes a family is a witch, her Swamp Monster companion, a Perfectly Tiny Dragon, and her adopted magical granddaughter. 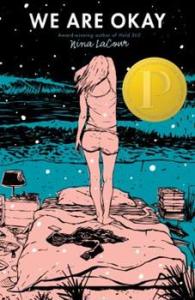 We Are Okay by Nina LaCour

Marin hasn’t spoken to anyone from California since she left for New York, leaving everything behind her following the loss of her grandfather who raised her. But Marin will need to come to terms with what happened and the grief that’s eating at her heart when her best friend Mabel comes to see her.  A story told in alternating chapters between present and past, readers learn the strength of Marin’s relationship with her grandfather and how losing one of the only family members you have can destroy someone’s world. 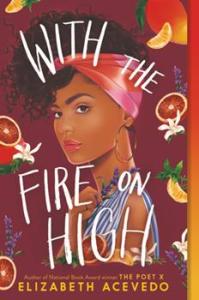 With the Fire on High by Elizabeth Acevedo

Raised by her abuela, seventeen-year-old Emoni Santiago dreams of attending culinary school, but as a mother to a three-year-old daughter, graduating high school is hard enough. Can Emoni find a way to balance her responsibilities and accomplish her dreams? 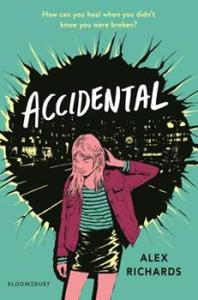 Sixteen-year-old Joanna has lived with her grandparents ever since they adopted her after her mother’s death and her father walked out of her life. However, Joanna’s ‘normal’ life gets turned upside-down when her father reappears and reveals the truth about her mother’s death—that she didn’t die in a car accident like her grandparents told her, but that Joanna accidentally shot her with his gun. 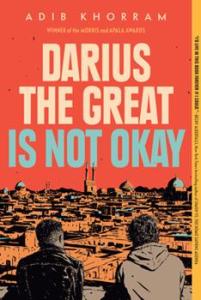 Darius the Great is Not Okay by Adib Khorram

Darius Kellner doesn’t fit in—not in America, where he lives—and not in Iran, where he doesn’t speak the language. His clinical depression and his rocky relationship with his father don’t make matters any easier for him. While his trip to Iran might be overwhelming at first, Darius learns more about himself and becomes more comfortable in his own skin as his relationships with his Persian grandparents – and a local boy named Sohrab—begin to grow. 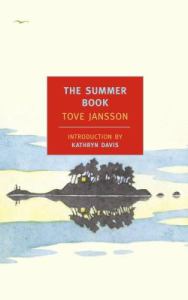 The Summer Book by Tove Jansson, translated from the Swedish by Thomas Teal

In this heartfelt short story, an elderly artist and her six-year-old granddaughter spend the summer together on an island off the Gulf of Finland. There the two of them develop a fierce love and understanding for each other. 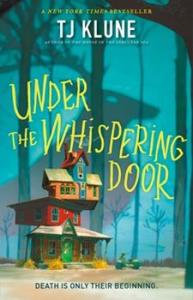 Under the Whispering Door by TJ Klune

A nasty manager of a big law firm, Wallace Price was not loved in life, nor would he expect that to change in death. But as he waits to move onto the next world at Charon’s Crossing, a tea shop owned by the kindly Hugo, who helps ghosts move on when they’re ready; he finds that maybe now is the time to live a better life—and maybe even love. This novel features a loving relationship between Hugo and his grandfather Nelson, another ghostly resident of the tea shop, that will be sure to make you laugh (and cry). 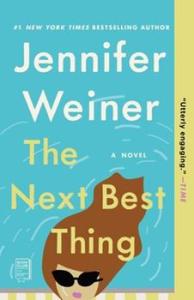 The Next Best Thing by Jennifer Weiner

Four years ago, Ruth Saunders moved to California with the grandmother who raised her in tow, hoping to become a television screenwriter. Her dreams have finally come true when she gets a call that her pilot, The Next Best Thing, has gotten greenlit and she’s offered the role of showrunner. But nothing is ever easy in Hollywood as Ruth must demanding actors, number-crunching executives, an unrequited crush on a boss, and her grandmother’s impending wedding. 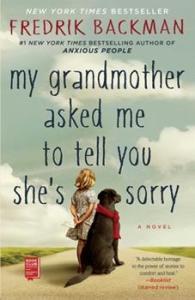 Elsa is seven years old and her seventy-seven-year-old grandma is her best friend. Her grandmother tells her stories of the Land of Almost-Awake and the Kingdom of Miamas, where no one needs to worry about being ‘normal. But when her grandma dies, Elsa is left with a series of letters apologizing to people she has wronged—and Elsa sets out to deliver them to where they belong. 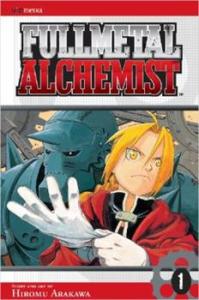 Edward and Alphonse Elric tried to bring their mother back from the dead using alchemy and failed, leading Edward to lose his arm and leg, and Al to lose his entire body. The brothers search for the Philosopher’s Stone in order to restore their bodies—and are aided by some interesting characters along the way. One of these characters is their childhood friend Winry Rockbell, who was raised her grandmother, Pinako, following the death of her parents. Pinako also raises Ed and Al after the death of their mother and assists them throughout their adventures. 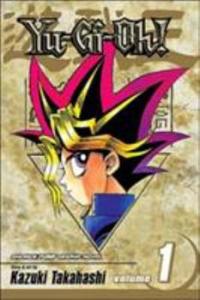 Yugi Muto is used to having no friends and spending most of his time alone, playing games in his grandpa’s card shop, where he’s lived all his life. But everything changed once he completes the Millennium Puzzle, a mysterious Egyptian artifact, given to him by his grandfather (a former archeologist), and he becomes possessed by the spirit of the puzzle. The spirit allows Yugi to become the King of Games and challenges evildoers to the Shadow Games, weird games with high stakes and high risks.