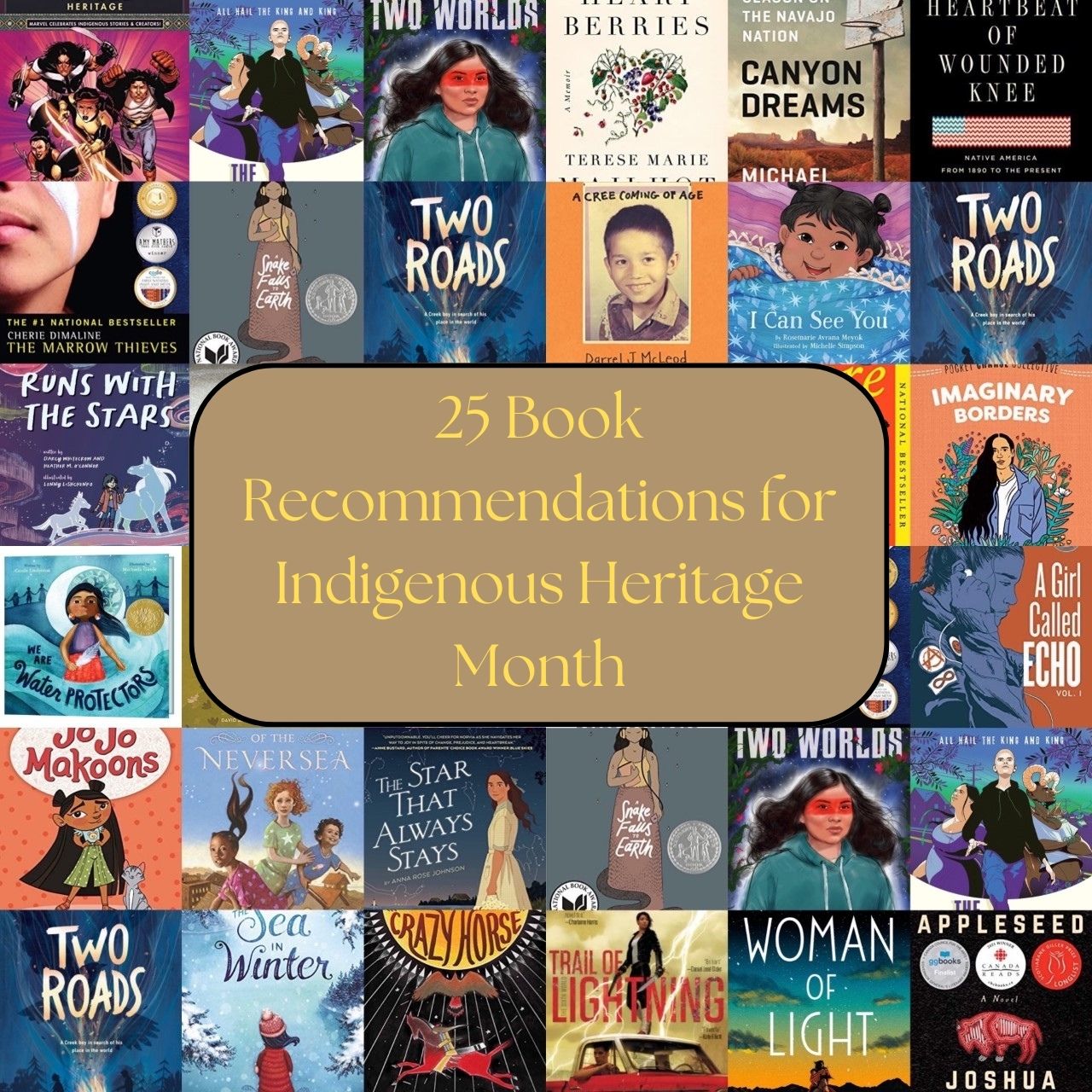 Indigenous Heritage Month or Native American Heritage Month was first declared in 1990 and is celebrated during the entire month of November. During this month, special emphasize is placed on Indigenous peoples and their cultures. In celebration of this month, we’d like to share 25 amazing books that feature Indigenous characters, written by Indigenous authors! 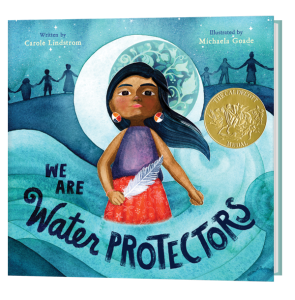 We are Water Protectors by Carole Lindstrom; illustrated by Michaela Goade

Inspired by the many indigenous-led movements across North America, this bold and lyrical picture book issues an urgent rallying cry to safeguard the Earth’s water from harm and corruption. 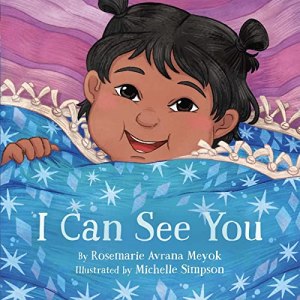 I Can See You by Rosemarie Avrana Meyok ; illustrated by Michelle Simpson

In this adorable book to be shared with babies and toddlers, mothers explore their love for their babies as experienced through the five senses. From the sound of a baby’s giggles to the smell of a kunik, this book celebrates the unique bonds shared between mothers and babies 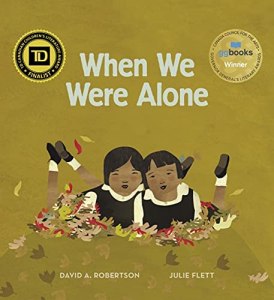 When We Were Alone by David Roberston, illustrated by Julie Flett

When a young girl helps tend to her grandmother’s garden, she begins to notice things that make her curious. As she asks her grandmother about these things, she is told about life in a residential school a long time ago, where all of these things were taken away. When We Were Alone is a story about a difficult time in history, and, ultimately, one of empowerment and strength. 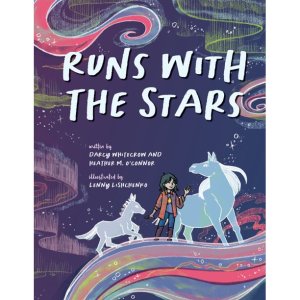 Runs with the Stars by Darcy Whitecrow and Heather M. O’Connor; illustrated by Lenny Lishchenko.

The inspiring story of a multigenerational family working together to bring a herd of Ojibwe Horses back home, years after they all but disappeared. A grandfather and grandchild share the work of breeding and caring for the horses, remembering the story of a daring rescue from the grandfather’s childhood, and building a loving bond of family and animals. 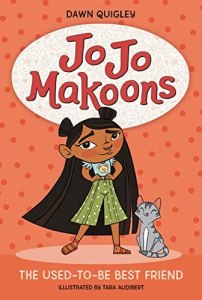 Jo Jo Makoons Azure is a spirited seven-year-old who moves through the world a little differently than anyone else on her Ojibwe reservation. Even though Jo Jo loves her #1 best friend Mimi (who is a cat), she’s worried that she needs to figure out how to make more friends. Because Fern, her best friend at school, may not want to be friends anymore. 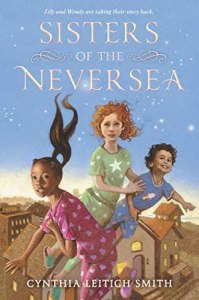 Sisters of the Neversea by Cynthia Leitich Smith.

In this magical, modern twist on Peter Pan, stepsisters Lily and Wendy are spirited away to Neverland by a mysterious boy and must find a way back to the family they love. 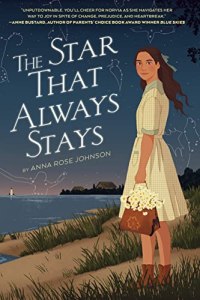 The Star that Always Stays by Anna Rose Johnson.

When fourteen-year-old Norvia moves from Beaver Island to Boyne City in 1914, she has to contend with a new school, a first crush, and a blended family, but she also must keep secret her parents’ divorce and her Ojibwe heritage. 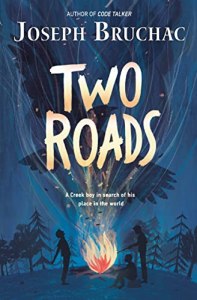 In Depression era 1932, twelve-year-old Cal must go to a Bureau of Indian Affairs boarding school in California, where he begins learning about his history and heritage as a Creek Indian, in this tale of identity and friendship. 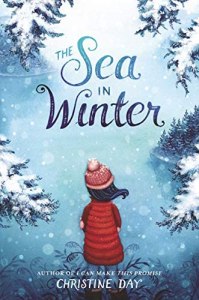 The Sea in Winter by Christine Day

After an injury sidelines her dreams of becoming a ballet star, Maisie is not excited for her blended family’s midwinter road trip along the coast, near the Makah community where her mother grew up. 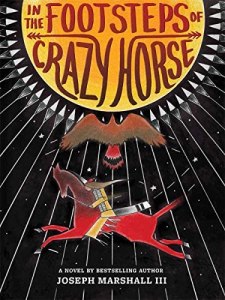 In the Footsteps of Crazy Horse by Joseph Marshall III; illustrations by Jim Yellowhawk.

Teased for his fair coloring, eleven-year-old Jimmy McClean travels with his maternal grandfather, Nyles High Eagle, to learn about his Lakota heritage while visiting places significant in the life of Crazy Horse, the nineteenth-century Lakota leader and warrior, in a tale that weaves the past with the present. 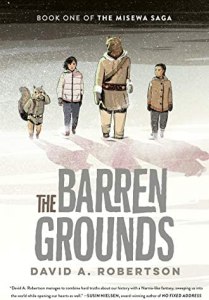 The Barren Grounds: The Misewa Saga, Book One by David A. Robertson

Morgan and Eli, two Indigenous children forced away from their families and communities, are brought together in a foster home in Winnipeg, Manitoba. They each feel disconnected, from their culture and each other, and struggle to fit in at school and at their new home — until they find a secret place, walled off in an unfinished attic bedroom—an alternate universe called Askí. 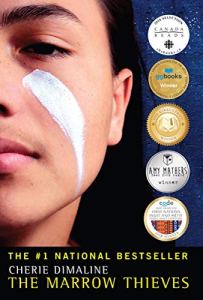 The Marrow Thieves by Cherie Dimaline

In a future world ravaged by global warming, people have lost the ability to dream, and the dreamlessness has led to widespread madness. The only people still able to dream are North America’s indigenous population – and it is their marrow that holds the cure for the rest of the world. But getting the marrow – and dreams – means death for the unwilling donors. 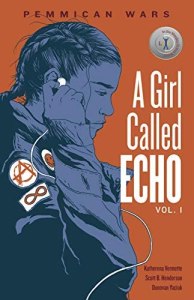 Echo Desjardins, a 13-year-old Métis girl adjusting to a new home and school, is struggling with loneliness while separated from her mother. However, during a history class lecture, Echo finds herself transported to another time and place–a bison hunt on the Saskatchewan prairie–and back again to the present. In the following weeks, Echo slips back and forth in time, travelling the old fur-trade routes, and experiencing the perilous and bygone era of the Pemmican Wars. 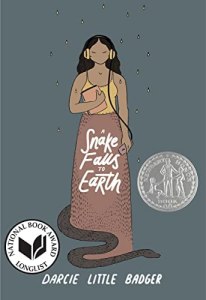 A Snake Falls to Earth by Darcie Little Badger

Nina is a Lipan girl in our world. She’s always felt there was something more out there. She still believes in the old stories. Oli is a cottonmouth kid, from the land of spirits and monsters. Nina and Oli have no idea the other exists. But a catastrophic event on Earth, and a strange sickness that befalls Oli’s best friend, will drive their worlds together in ways they haven’t been in centuries. 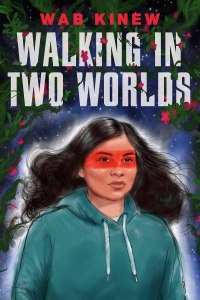 When Bugz, who is caught between the worlds of life on the Rez and the virtual world, meets Feng, they form an instant bond as outsiders and gamers and must both grapple with the impact of family challenges and community trauma. 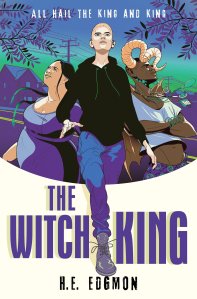 The Witch King by H.E. Edgmon

Wyatt, a transgender witch, hides in the human world after he loses control of his magic, but his fiancé, Emyr, a fae prince, is at risk of losing his throne if he does not find and marry Wyatt. Although not featuring an indigenous protagonist, the protagonist’s closest friend and her family are Indigenous, as well as the author himself. 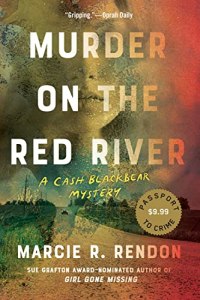 Murder on the Red River by Marcie R. Rendon

Set in 1970s along Red River Valley, Marcie R. Rendon’s gripping new mystery follows the life of a young Ojibwe woman as she struggles to come to terms with the callous murder of a Native American stranger, bringing to life the gritty, dark reality of a flawed foster care system and the oppression of indigenous people. 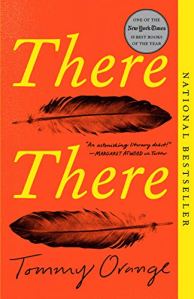 There There by Tommy Orange

Twelve Native Americans came to the Big Oakland Powwow for different reasons. A multi-generational, relentlessly paced story about violence and recovery, hope and loss, identity and power, dislocation and communion, and the beauty and despair woven into the history of a nation and its people. 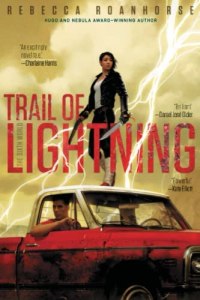 Trail of Lightning by Rebecca Roanhorse

While most of the world has drowned beneath the sudden rising waters of a climate apocalypse, Dinétah (formerly the Navajo reservation) has been reborn. The gods and heroes of legend walk the land, but so do monsters. Maggie Hoskie is a Dinétah monster hunter & when a small town needs help finding a missing girl, Maggie is their last best hope. 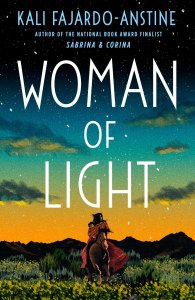 Woman of Light by Kali Fajardo-Anstine

Merging two multi-generational storylines in Colorado, this is a novel of family love, secrets, and survival. With Fajardo-Anstine’s immense capacity to render characters and paint vivid life, set against the Sange de Cristo mountains, Woman of Light is full of the weight, richness, and complexities of mixed blood and mica clay. It delights like an Old Western, and inspires the hope embedded in histories yet-told. 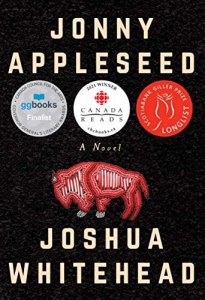 Off the rez and trying to find ways to live and love in the big city, Jonny Appleseed, a young Two-Spirit/Indigiqueer, becomes a cybersex worker who fetishizes himself in order to make a living. Jonny’s world is a series of breakages, appendages, and linkages – and as he goes through the motions of preparing to return home for his step-father’s funeral, he learns how to put together the pieces of his life. 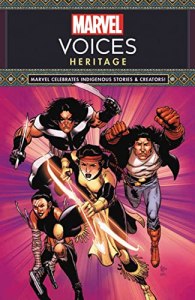 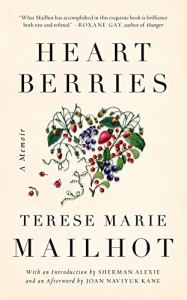 Heart Berries is a powerful, poetic memoir of a woman’s coming of age on the Seabird Island Indian Reservation in the Pacific Northwest. Having survived a profoundly dysfunctional upbringing only to find herself hospitalized and facing a dual diagnosis of post traumatic stress disorder and bipolar II disorder; Terese Marie Mailhot is given a notebook and begins to write her way out of trauma. 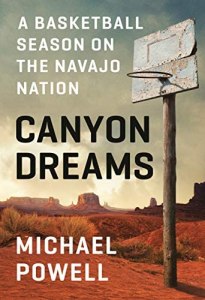 The moving story of a Navajo high school basketball team, its members struggling with the everyday challenges of high school, adolescence, and family, and the great and unique obstacles facing Native Americans living on reservations. 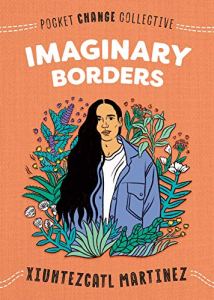 In this personal, moving essay, environmental activist and hip-hop artist Xiuhtezcatl Martinez uses his art and his activism to show that climate change is a human issue that can’t be ignored. 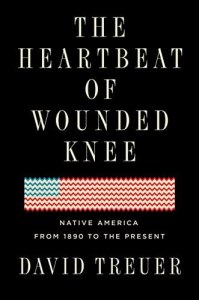 The Heartbeat of Wounded Knee by David Treuer 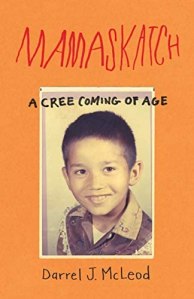 Mamaskatch: A Cree Coming of Age by Darrel J. McLeod

Thrillingly written in a series of fractured vignettes, and unflinchingly honest, Mamaskatch–“It’s a wonder!” in Cree–is a heartbreaking account of how traumas are passed down from one generation to the next, and an uplifting story of one individual who broke the cycle in pursuit of a fulfilling and adventurous life