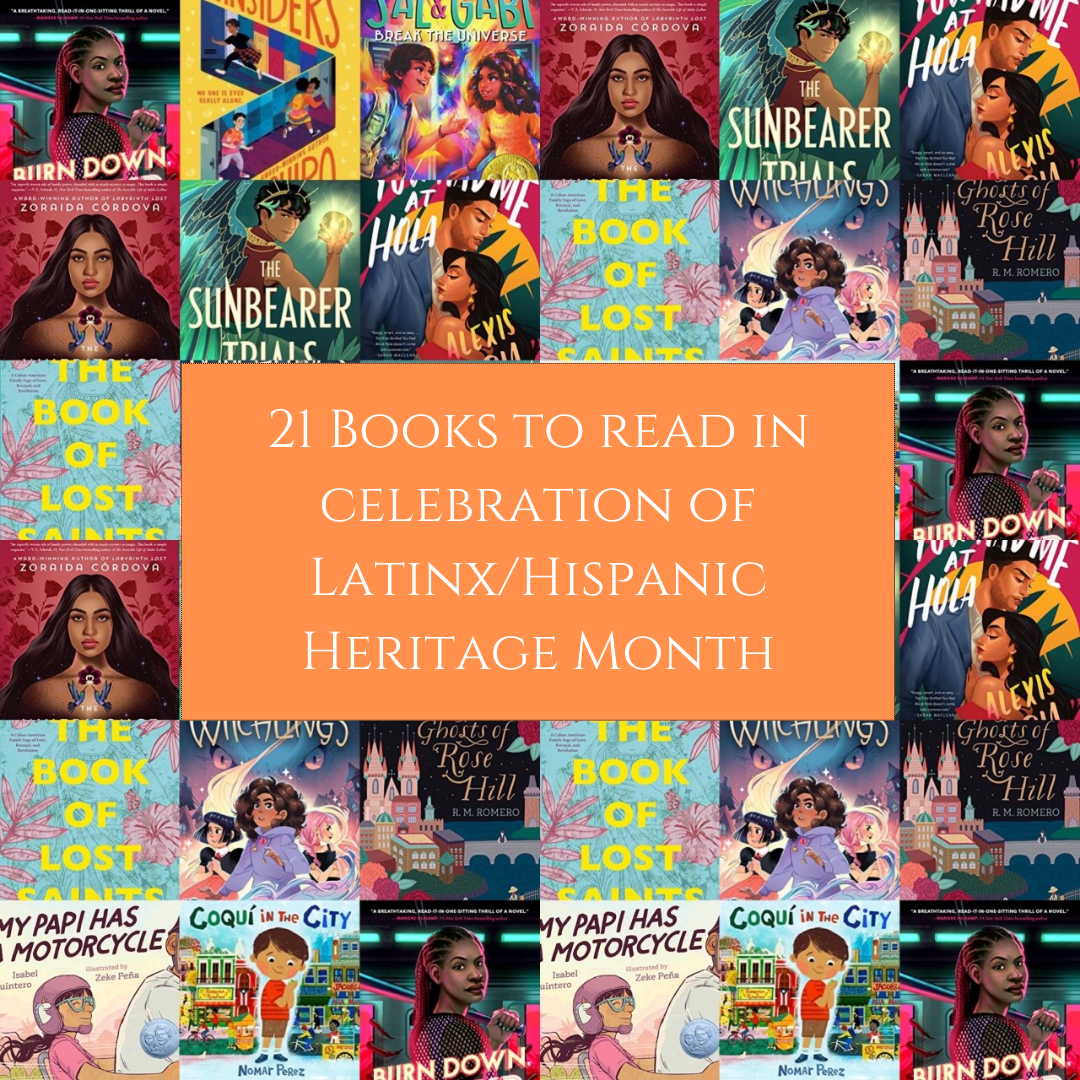 Latinx/Hispanic Heritage Month is celebrated each year on September 15th through the 15th of October. Throughout this month we celebrate the contributions and influence of Latinx people. As such, we would like to highlight some notable authors and the books they’ve created. We hope you find some that you might enjoy! 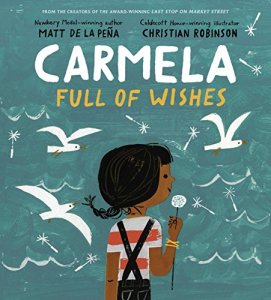 The award-winning team of the book Last Stop on Market Street come together to tell the story of two siblings who travel across the city to do errands. When the younger sister, Carmela comes across a dandelion, it’s time for her to make a wish! 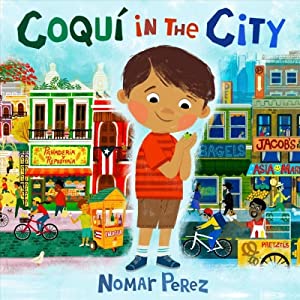 Coquí in the City by Nomar Perez

Based on the author/ illustrator’s own experience moving from Puerto Rico, this book tells the story of a young boy named Miguel as he leaves beyond his beloved island, grandparents, and even beloved frog, Coquí to move to New York City. 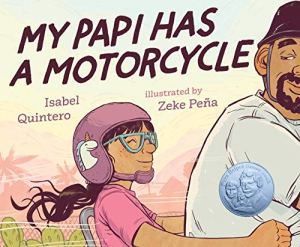 My Papi has a Motorcycle by Isabel Quintero, illustrated by Zeke Peña

This book is a young girl’s love letter to her hardworking dad and to memories of home that we hold close in the midst of change. 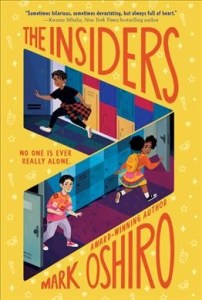 The Insiders by Mark Oshiro

This coming-of-age story brings together three kids who feel like they don’t belong through a magical room that connects them together – even though they each are from different sides of the country—to make a life-changing friendship that will change each of their lives. 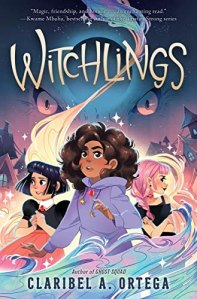 Witchlings by Claribel A. Ortega

Twelve-year-old witch, Seven Salazar expects to be placed in the most powerful coven with her best friend—but instead she isn’t chosen at all! The only way for her to keep her magic is to team up with two other ‘Spares’ to complete The Impossible Task. Can Seven and the other girls overcome their differences to create their own coven and save their magic? 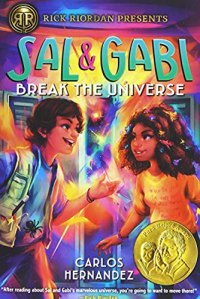 This Cuban influenced sci-fi story follows Sal, a young boy who discovers he has the ability to reach through time and space and retrieve anything he wants, and his new friend Gabi, who joins him on his adventures. But just because someone has the ability to do something, doesn’t mean that they should use it – and the consequences of Sal’s powers might just break the universe—forever. 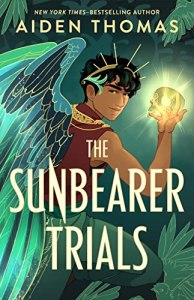 The Sunbearer Trials by Aiden Thomas

Inspired by Mexican mythology, this book follows teen demigods (semidioses) as they compete to determine who will carry the Sun God’s light to all the temples in the land—and who will be sacrificed, their body melted down, to refuel the Sun Stones. With well-developed, diverse characters and imaginative worldbuilding, New York Times bestselling author Aiden Thomas creates a story well worth reading.

Burn Down, Rise Up by Vincent Tirado 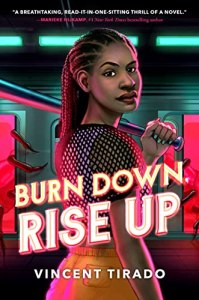 People are disappearing and no one can explain what’s happening to them or where they’ve gone. Sixteen-year-old Raquel keeps her head down for as long as she can—until these disappearances hit close to home and she must team up with her childhood friend Charlize to discover what’s really going on. In this love letter to the Bronx, debut author Vincent Tirado mixes Sapphic romance, history, and horror to create a compelling narrative about love, family, and the effects of the past on the present. 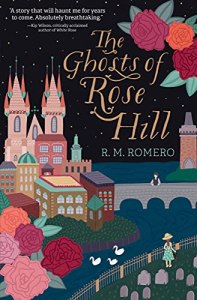 The Ghosts of Rose Hill by R.M. Romero

Sent to stay with her aunt in Prague for the summer, a biracial Jewish girl named Ilana discovers a forgotten Jewish cemetery along with the ghost of a boy named Benjamin. But as Illana and Benjamin’s relationship grows, Ilana draws the attention of Rudolph Wassermann, a man with no shadow, who holds a secret about the ghostly children of Prague… A story told in verse, R.M. Romero skillfully weaves mythology with history to tell a story of love and magic. 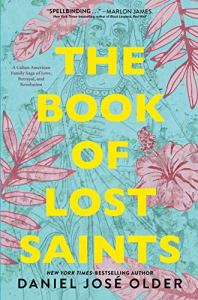 The Book of Lost Saints by Daniel José Older

Marisol vanished during the Cuban Revolution, her fate unknown and lost to time. Now, haunted by what happened to her, her spirit visits her nephew, Ramon, in modern-day New Jersey through his dreams in hopes that he will discover their family’s history. The Book of Lost Saints is a multigeneration story of revolution, loss, violence, and family bonds. 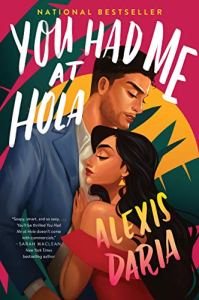 You Had Me at Hola by Alexis Daria

After a messy public breakup, soap opera darling Jasmine Lin Rodriguez finds her face splashed across the tabloids. When she returns to her hometown of New York City to film the starring role in a bilingual romantic comedy for the number one streaming service in the country, Jasmine figures her new “Leading Lady Plan” should be easy enough to follow—until a casting shake-up pairs her with telenovela hunk Ashton Suárez. 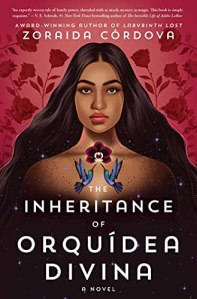 The Inheritance of Orquídea Divina by Zoraida Córdova.

The Montoyas know better than to ask why the pantry never seems to run low or empty, or why their matriarch won’t ever leave their home in Four Rivers. But when Orquídea Divina invites them to her funeral to collect their inheritance, they hope to learn the secrets that she has held onto so tightly their whole lives—instead they’re left with more secrets than answers…