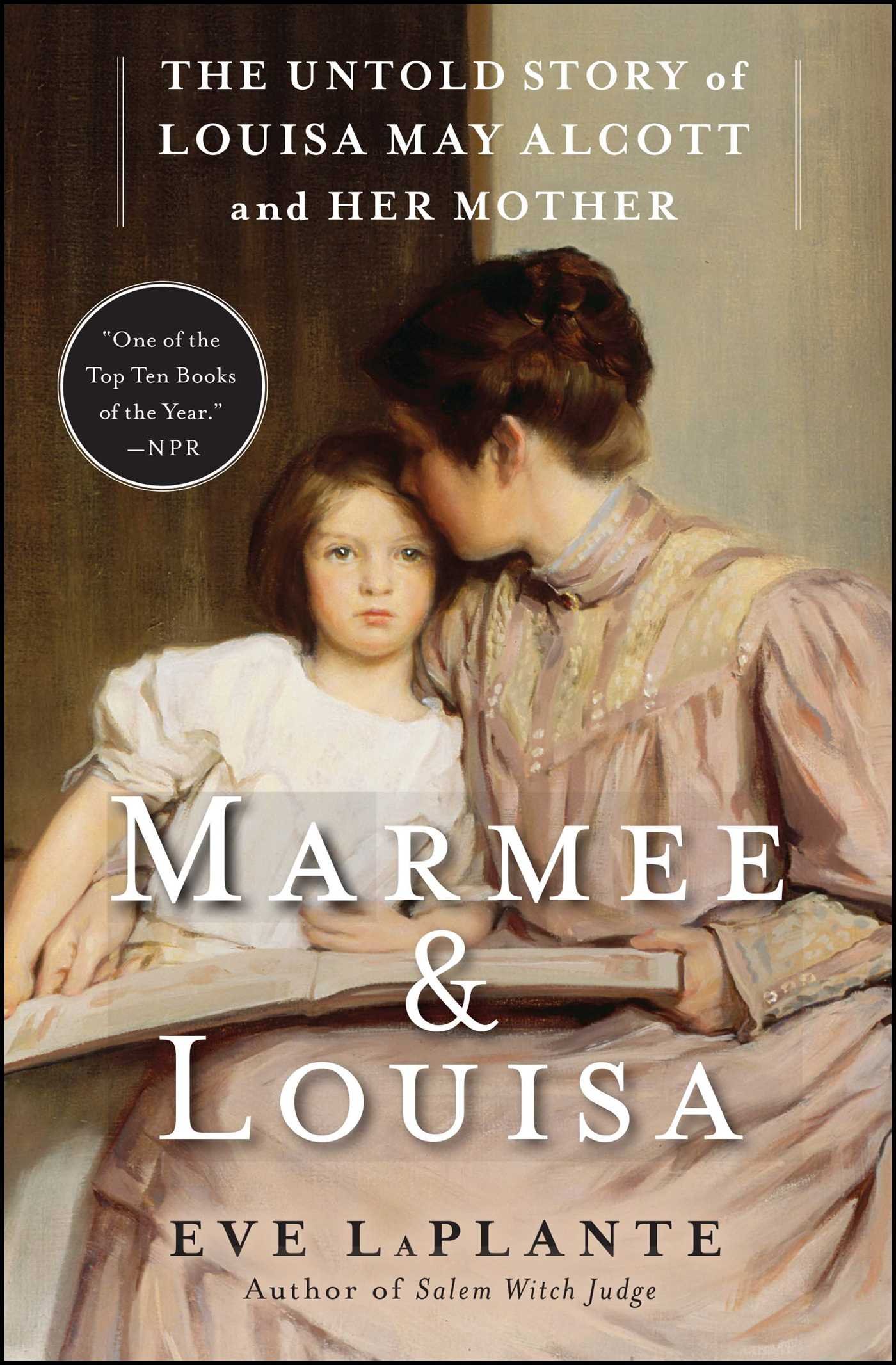 I just finished a wonderful book, which I highly recommend.  It is Marmee and Louisa by Eve LaPlante, which is a story of the Alcotts, focusing on Louisa May Alcott and her mother Abigail.  The book gives credence to the author’s belief that it was her mother, much more than her father Bronson, who inspired Louisa’s  independence, progressive thinking, and remarkable success.
Abigail, an avid journal keeper herself, encouraged Louisa to write from a very early age. At that time it was widely believed that a woman could have marriage, and she could have a career, but  she could not combine both.  Abigail rebelled against this, not just on principle, but out of necessity; Bronson, an idealist, could not or would not support the family, and Abigail was forced to work at various jobs like sewing, taking in boarders, working at a spa, and social work and encouraged her daughters to be skilled at making a living if they needed or wanted to.  She was a living example that  marrying did not insure financial security.  The family battled poverty  constantly. Eventually Louisa was able to support her family by her writing, and, eventually, after the highly successful Little Women became famous and wealthy.  Abigail and Louisa were ardent abolitionists and feminists/suffragettes, and the book is full of examples of their active roles in these movements.
Little Women was my favorite book growing up, and I have read numerous books on Louisa and her family. As is often the case when one reads several books on the same subject, I found  much I knew before, much I did not know, and new facts about what I already knew.
Unlike the March sisters, the family moved constantly, at least 30 times before he Alcott sisters were grown.  The author does a marvelous job at pointing out so many historic places that the Alcotts were involved with, including Fruitlands and the Concord sites of The Manse, Hillside, Orchard House, the Emerson house.   It was satisfying to be able to picture it all as I read, since I have been to these places.  In the supplement at the end, she  lists literally dozens of sites that had a connection to the Alcotts in Concord, Boston, all over New England, and PA, some of which are still there, some which are not, with the exact locations and addresses, so you could spend years doing  historical visits to to them if you want.
The author reveals and provides fascinating anecdotes of Louisa’s  family tree. From her mother’s side, she was related to John Hancock,  the Quincys, a founder of Mass. General Hospital, as well  a founder of the Syracuse NY Library, and one of the Salem witch trial judges who lived to repent deeply and, perhaps as atonement, became a strong abolitionist.
She also provides the family tree, including  herself, since the author is a great-niece of Abigail and Louisa May Alcott’s cousin. She lives in New England. There was a certain delight in actually reading something written by Alcott’s relative who is still with us, which is as close as I could get to meeting Alcott herself.